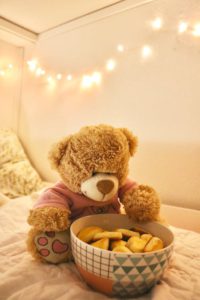 I cannot breastfeed my baby well, what can I do?

Difficulty in breastfeeding your baby can be due to factors affecting the mother and / or the baby. Both mummy and baby should see a lactation counsellor or a doctor to assess the breastfeeding. Mummy will be examined for breast or nipple abnormalities for example blocked milk ducts, or inverted nipples. The technique of breastfeeding should be assessed to see if the latch is deep enough. Often, different positions which mummy and baby finds comfortable in, help to achieve a deeper latch. The baby is finally examined to exclude abnormalities that impede breastfeeding for example, tongue tie, cleft palate.

I suspect my baby has a tongue tie. How do I know for sure?

The diagnosis is suspected if there are symptoms for example, nipple pain, prolonged breastfeeding time, “windy” baby. These happen because the baby’s gums chomp on the nipple, because there is a loss of “cushioning” from a mobile tongue. The baby struggles to feed, and gulps in more air than usual. The diagnosis of tongue tie or ankyloglossia is confirmed by a doctor who examines the baby. Tongue tie exhibits signs of a ridge underneath the tongue on palpation and a shallow latch. The tongue tie is an excessively shortened tissue on the undersurface of the tongue, which impedes the mobility of the tongue. In severe cases, the tongue forms a heart shape when extended.

The development of speech is a complex one, comprising brain, hearing and neuronal connections development. Tongue tie plays a small role in the big picture. Often the pronunciation of the letter “r” or “l” becomes flatter than normal, because the curling of the tongue is impeded by the tongue tie. Children have amazing adaptive abilities and may get around the limitation with speech therapy. Currently, there is insufficient evidence to show that a tongue-tie release helps speech in future. In an older child, a speech therapist should assess the child first before a tongue-tie release is performed.

When is the best time for tongue-tie release / frenulotomy?

After a lactation consultant has confirmed that the technique of breastfeeding is good and there is still difficulty with breastfeeding your baby, a paediatric surgeon may be consulted. A tongue-tie release can be performed in infancy. It has been shown to relieve nipple pain, and hence achieve better breastfeeding. The World Health Organization recommends exclusive breast feeding for 6 months, and the best time to perform tongue-tie release is during this time, before breastfeeding is given up. The procedure can be done in the clinic without general anaesthesia.

If your child is older and the tongue tie was diagnosed late, the procedure may need to be performed under general anaesthesia, because it becomes harder to hold the child while the tongue-tie release is performed. After the procedure, your child can go home on the same day

What happens during a tongue-tie release / frenulotomy?

A scissors is used to cut the tissue on the undersurface of the tongue. Blunt dissection achieves a wound which is diamond shaped. Minor bleeding is controlled with gauze and finger pressure. A laser achieves the same effect, but is a more expensive equipment which I don’t see a need to pass on the cost to my patient.

How is the recovery after a tongue-tie release / frenulotomy?

Minimal bleeding is expected and the baby should breastfeed immediately after the procedure, which helps to soothe him/her. After the tongue-tie release, you should feel breastfeeding is easier and less painful on the nipple.

Lip tie is a shortened band of tissue affecting the inner surface of the lip, and the upper lip tends to be more involved as compared with the lower lip. Currently there is no good evidence to suggest lip tie affects breast feeding. The only studies that showed possible benefit were a lip-tie release combined with a tongue-tie release. I would not recommend an isolated lip-tie release to aid breastfeeding.

Are there alternatives to a tongue-tie release?

Yes, monitoring for the spontaneous rupture of the tissue, or adaptation of the tongue to breastfeeding may occur with perseverance and time. It is important not to give up, because breastfeeding confers benefits to baby (for example, more immunity, less allergy), mother (for example, prevent breast engorgement) and improves bonding.

If you have other enquiries on children’s surgical conditions, feel free to contact us